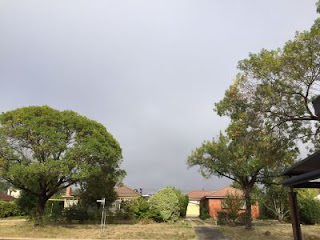 ...making our local landmark, Black Mountain, topped by the Telstra Tower, disappear in the morning... 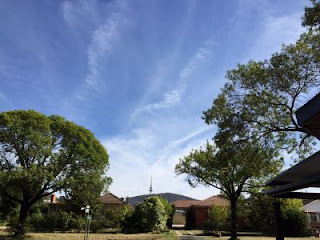 ...and reappear in the afternoon. 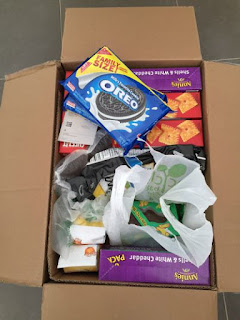 Other highlights of the month included our quarterly care package of American goodies from sister/aunt L... 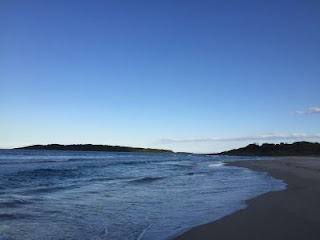 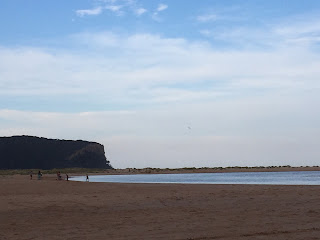 ...and one to Durras Beach in Murramurang National Park... 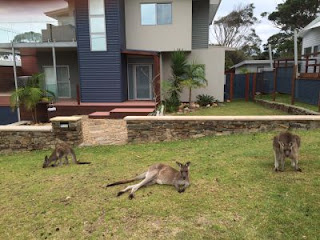 ...where we got up close and personal with some of the locals... 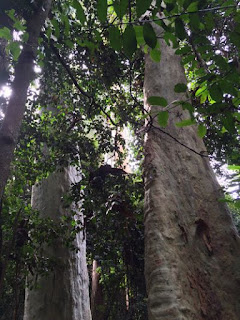 ...and admire some of the oldest gum trees still standing anywhere in New South Wales. 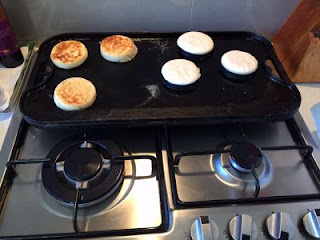 Most of the rest of April was taken up with a combination of school holidays and solo parenting, which meant juggling work with activities around Canberra - and Miss B's and my now-traditional Sunday breakfast of crumpets when DP is away - making the batter the night before is definitely the key to success. 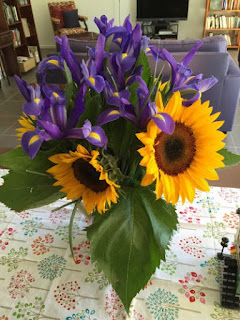 And my latest foray into flower arranging brings us up to date, with autumn taking hold in Canberra - the heat is on, the nights are drawing in, and the slow cooker is getting a workout. What's happening where you are?

That posting-more-often thing doesn't seem to be working out too well, so here comes another mammoth update - so much that it's going to be in 2 parts! 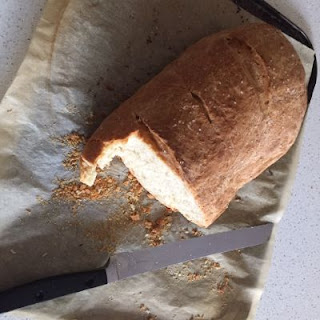 I've developed the habit of baking a loaf of bread on the weekend just to have some around - not because we've got company coming or any other special reason, but just for us. This is what happens when I leave it lying around. 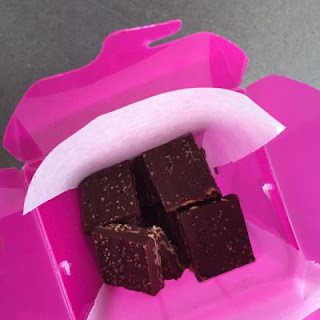 I took some of my first batch of homemade oat cereal and used it as the filling for some homemade chocolates to bring as a hosts' gift. I thought of it as a variation on the Nestle Crunch-type candy bar, but discovered I like the crispy but hefty (and a little bit salty) oats even better. 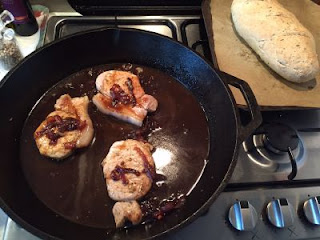 This is a chicken recipe involving sauteed onions, chicken breasts, and deglazing the pan at the end with balsamic vinegar. I made it in March and I can't remember where I found the original recipe - it was good, though! 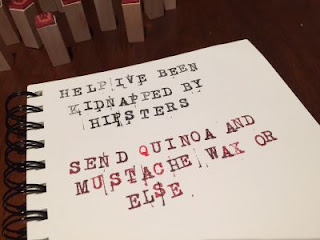 Miss B and I have been trying to make time for creative endeavors - we found these alphabet stamps at Miss B's favorite shop. 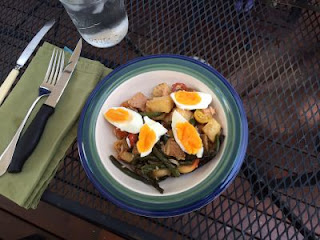 My first attempt at a salade Niçoise, with a twist - I roasted the potatoes and green beans instead of boiling them, as in the traditional recipe. An excellent dinner salad for those of you where the weather is warming up. 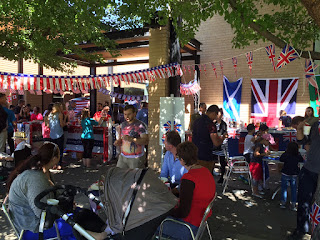 DP's program has students from about two dozen countries besides Australia, and every year they host an International Day festival. I went this year for the first time - here's a picture of, as you can see, the Anglo-American corner. 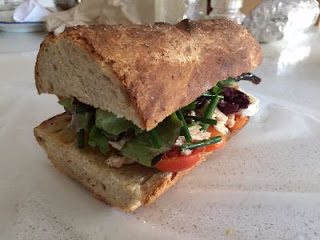 Continuing the salade Niçoise theme, I made a pan bagnat - a Provençal sandwich - as my contribution to a potluck cards evening with friends. Given the activity, I thought sandwiches were the appropriate food choice, but as it turns out you need two hands to eat this. 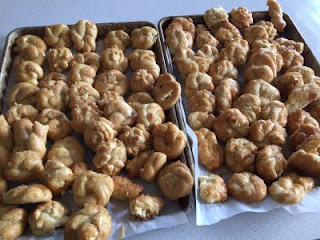 And then all of a sudden it was Easter! The usual suspects: tarrale... 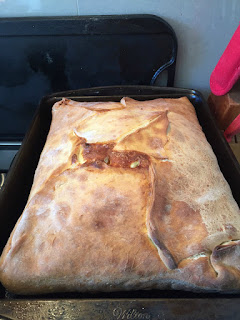 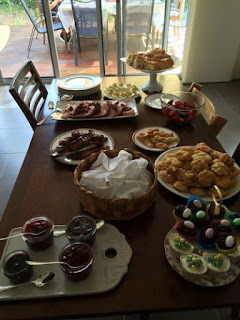 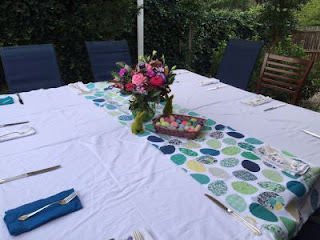 ...and this year's new addition: an Easter-egg-themed table runner that I made myself out of tea towels. 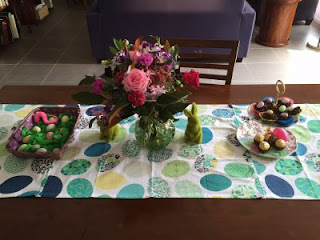 I liked it so much I moved it onto the kitchen table after Easter was over, and left it there to enjoy for another week or so, along with some leftover goodies. 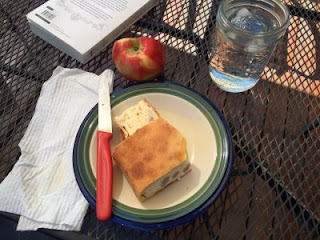 Speaking of leftover goodies, that brings us to the end of Easter and the end of March. Next up is part 2: the April recap!