June is over already here and it's winter - short, brisk days and long, frosty nights. Here's some of what we got up to this month: 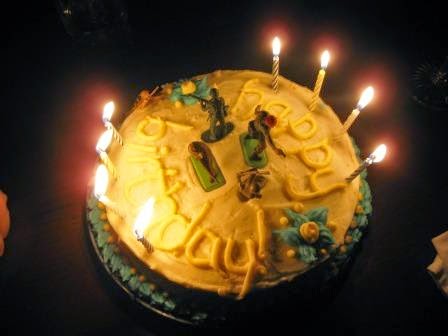 Celebrated DP's birthday. The decoration was a joint effort - frosting from me, toy soldiers from Miss B. A very appropriate combo, as all who know him well will agree. 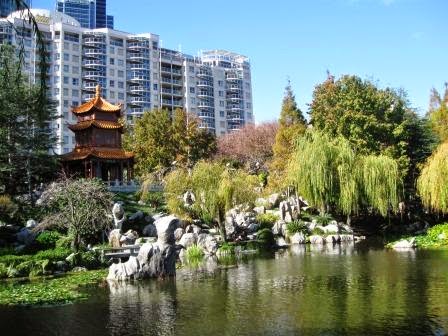 We had a long weekend, so headed to Sydney to continue our ongoing exploration. On the recommendation of one of Miss B's coaches, discovered the Chinese Garden of Friendship - a beautiful and tranquil oasis in the midst of bustling Darling Harbour. 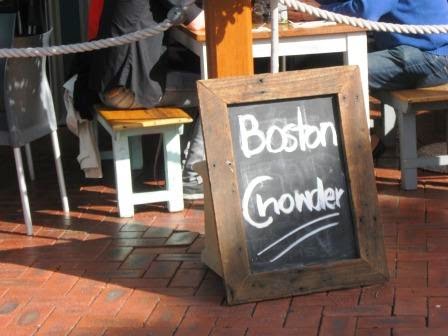 Spotted this sign at a Darling Harbour waterfront restaurant. I assume they mean New England Clam Chowder, but that wouldn't be a recommendation here, since the Australian version of New England isn't really anywhere near the ocean. 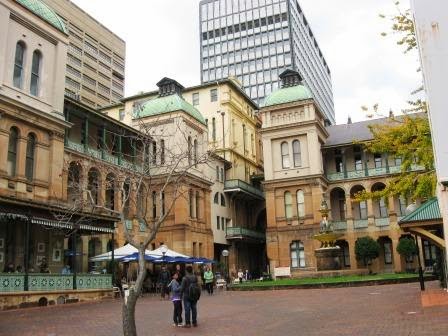 Stumbled across the oldest hospital in Australia, smack in the middle of the CBD and still operational. Went hunting for fruitbats in the Royal Botanic Gardens - they had apparently gone out for the day, but there were plenty of other sights to see. (Note the 'Welcome' sign, for which I have an enduring fondness - mainly because it says 'Please walk on the grass'.) 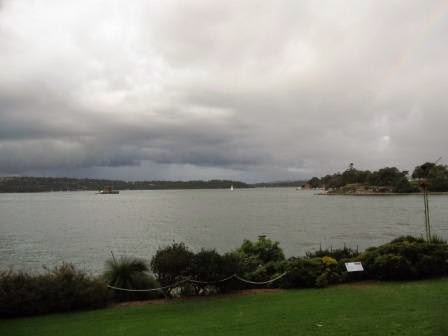 A lovely view of the weather deteriorating over Sydney Harbour... 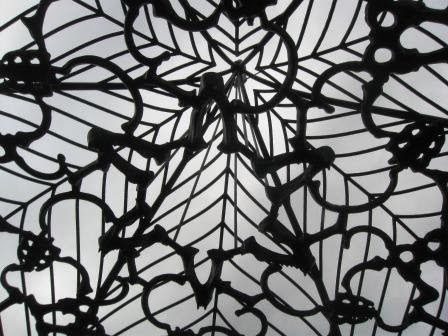 ...with just enough time to examine 'A Folly for Mrs Macquarie' before the rains came. 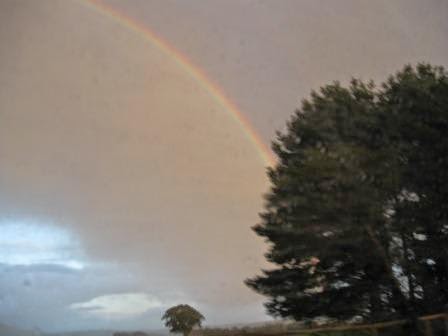 The drive home on Monday alternated between sun and showers for most of the trip, and we saw something like seven rainbows. I managed to capture one (barely). 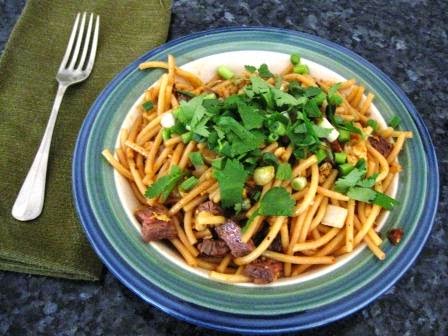 And last but not least, my latest blog find - Budget Bytes - which I've been binge-reading, lured in by the gateway recipe for Dragon Noodles. I liked it so much I made it twice in two days, substituting plain pasta noodles because I had some sitting in the fridge, and jazzing it up with some chopped celery and leftover steak. Better, cheaper, and quicker than takeout. 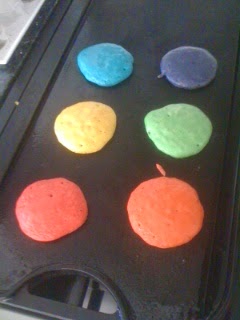 Back in the old days of the internet (you know, 2007), I used to post on LiveJournal occasionally – mostly to keep up with goings-on of two of my sisters who were active there. Not long after, my whole family signed on to Facebook, and as a result I have barely logged on to LJ since. However, I still fondly remember one of the things we used to do regularly, which was to sum up our weekends' activities in 50 words or less (or 75 words or less if a lot had happened). So much so that I’m going to revive it here (note that this explanation doesn’t get included in the word count!). 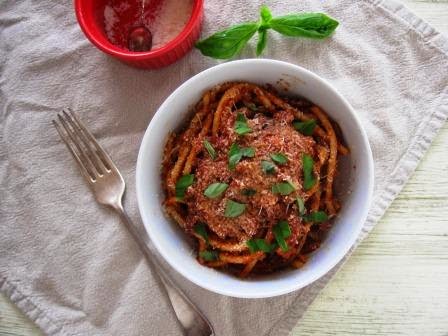 Speaking of no brainers, compiling the list for my last post reminded me of one I haven’t talked about before – spaghetti all’amitriciana. It has five ingredients, it’s ready in the time it takes to cook the pasta, and it includes bacon. Win-win-win.


Well, I tried to write a blog post about the latest developments at work, but it didn’t really come off. (Anything that makes DP flinch visibly is destined to oblivion in the ‘Drafts’ folder, I’m afraid.) So I’ll just say that the situation remains in flux, and that I’m taking it one day, task, project at a time. Working on maintaining my zen. You know.

It does use up a lot of a mental energy though, which has been sapping my cooking mojo of late. I haven’t mustered the energy to cook anything new for a good couple of weeks, and when I do my weekly meal plan (Saturday mornings, before heading into the farmers’ market), I have found myself relying almost exclusively on fallback recipes – the ones I barely have to think about, let alone look up recipes for. With two experimentation-wary eaters to feed, and 5-7 evening hours a week spent on work calls, I can’t spare the brain space.

Which got me thinking: I bet everyone has at least a few no-brainer recipes – the ones that you can essentially make in your sleep. What are yours? I’d love to know, if you’d be kind enough to share in the comments.

These are mine. It's a rare month when I don't cook most of these at least once anyway, and they've been in heavy rotation of late, both for ease and for comfort: