This weekend marks 50 weeks of quarantine life - just two weeks shy of a full year since we went into lockdown - and the final weekend of this longest shortest month. I had a look back through my photos to see what this month looks like for the archive: 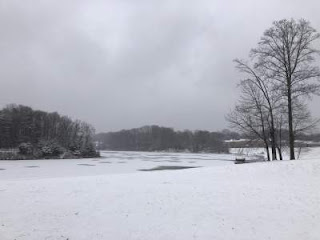 Snow We had snowfall or wintry mix with accumulation on 11 out of 27 days this month - beautiful to look at, but messy and slippery enough to mess with my regular exercise and grocery routines. We had an abrupt change from snow on Monday to 60-degree weather on Tuesday and, as much as I love my hibernation, I think I’m officially ready for spring. 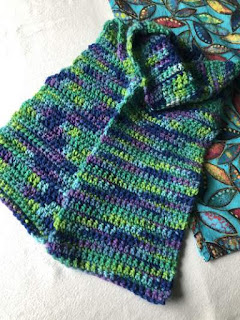 Handwork More time indoors has meant more time spent on crafty pursuits, and this month I finished another two projects: a crocheted scarf and a zippered pouch. I’m also pursuing my interest in visible mending, and did an intentional repair on a favorite souvenir tea towel. 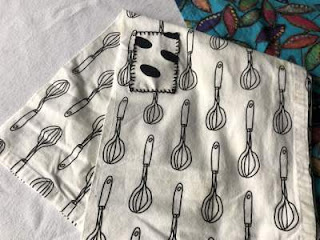 Cooking Possibly my proudest cooking moment of the month was creating a complete meal out of what looked like a pretty bare refrigerator. Stumped about what to make for dinner, and not wanting to make an impromptu supermarket run in another wintry mix episode, I stumbled across a recipe for Belgian Endive and Ham Gratin. I didn’t have any Belgian endive, but I did have a heap of leftover braised chard, so I rolled that (along with some leftover rice pilaf) into slices of ham, as proposed by the recipe, and made those the base of the recipe instead. As a bonus, I finally feel like I’ve mastered making a Mornay sauce. 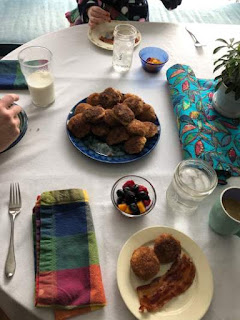 Baking As usual, there was a lot of this - chocolate cupcakes, whoopie pies for Valentine’s Day, Smitten Kitchen’s French Breakfast Puffs for Sunday breakfast - and I also cracked open 100 Cookies and made a big batch of chocolate chip cookies to give away and send in care packages. 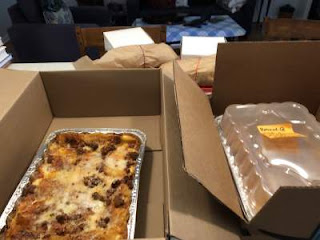 Speaking of care packages.... I’ve been participating in the Lasagna Love initiative, a volunteer movement to provide a hot meal to people in our communities who may be in need of a helping hand for one reason or another. Over the holiday weekend, I combined a Lasagna Love delivery with a new-baby meal delivery for one of DP’s students - my favorite kind of community effort! 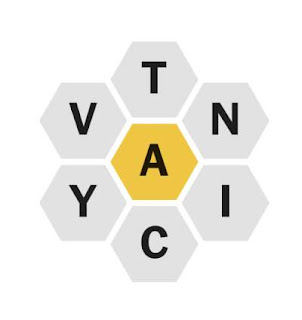 Other distractions Most of my sisters and I have become obsessed with Spelling Bee, one of the New York Times’ daily puzzles - so much so that we had to set up a separate chat thread to avoid driving the one sister who isn’t playing around the bend. We swap hints, complain about ineligible words (what do you mean “chillin’” doesn’t count?), and cheer each other on to Genius level and sometimes, the coveted Queen Bee.

And last but not least, I can’t overlook the other, happier milestone that we’ve reached this weekend - two years since we brought our furry housemate home from the shelter. Originally dubbed Trinity when she first came home, she has since acquired a variety of nicknames, the most commonly used of which these days is Chubthulu. Here she is in her favorite spot, doing what she does best: improving quality of life for all just by hanging around. 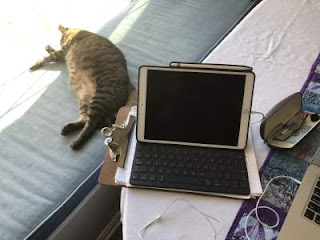 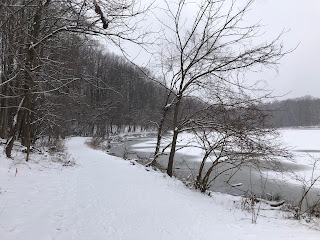 Sorry I went quiet there for a bit; most of January felt like walking through a dark tunnel of anxiety. January 6 was a realization of so many things I’d been worrying and catastrophizing about for the past 4+ years. I watched in rage and horror as an insurrectionist mob stormed the US Capitol building. They climbed walls, broke windows, looted offices, defaced public property, and threatened the safety of every single person in the building. They wandered around the building for hours, brandishing Confederate flags, taking selfies, and displaying their total, malicious disrespect for the home of American government and the greatest symbol of our constitutional democracy.
They did all of this with apparent ease and little visible opposition from the law enforcement and security agencies that are normally on display at any event in Washington, DC. For anyone who witnessed the highly visible law enforcement presence on display and bristling with gear and weaponry in Washington DC and across the US during last summer’s Black Lives Matter protests, the security forces in place appeared unprepared and even vulnerable - a stark contrast and one that raises unavoidable questions about the people in each group and how they and the possible threats they pose are viewed by our law enforcement and homeland security agencies.

So I’ve been feeling anxious - how could this serious threat have been so poorly evaluated and planned for? And angry - how can this toxic white privilege be so visible to some of us, while others claim not to understand what we are talking about? And despair - how can this country move forward in any meaningful way when our society is so divided that we are effectively living in two different realities? And dislocation - how can we even think about moving forward with anything at all until we have addressed what really happened on January 6, and what it means for our country?
Read more »
at 7:21 AM 0 comments