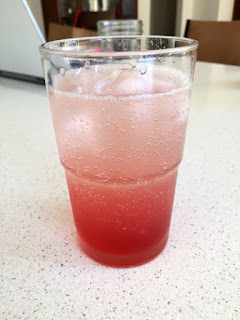 Despite the fact that it's officially autumn in Australia, March in Canberra so far has mostly been unseasonably stinking hot - record-breakingly hot, in fact. That means that, instead of breaking out the slow cooker, I'm looking for ways to keep cool and stay hydrated. There's only so much ice water you can guzzle, and I'm trying once again to restrict my Pepsi intake. This is my latest inspiration to seek out alternative options.


Cranberry lemonade
The cranberry part of this comes from the leftover syrup in which I made sugared cranberries at Christmastime - essentially simple syrup infused with cranberries. Simple syrup keeps forever in the fridge, and I usually have a jar on the go. The tartness of cranberries and lemons complement each other, and the sweet simple syrup balances them out - plus you don't have to dissolve it in drinks the way you would sugar.

Fill a glass halfway with ice. Squeeze in 1/2 lemon (about 30 ml/1 oz/2 Tbsp). Add an equivalent amount of cranberry simple syrup (if you're using plain simple syrup, you might not need this much). Fill the remainder of the glass with fizzy water and stir to combine. Drink immediately.

Serves 1. Can be multiplied to share with a friend or two. Would probably also make a nice cocktail with the addition of a shot of gin or vodka.
at 4:58 AM 0 comments 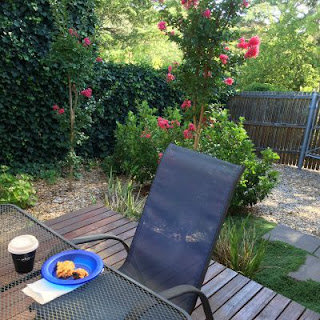 1. Breakfast on the deck, possibly for the first time since we moved in last August. (Note that said breakfast is leftover Oat-Fruit Bars – following the rule that if it includes oats, it counts as breakfast food. Also applies to crumble.) 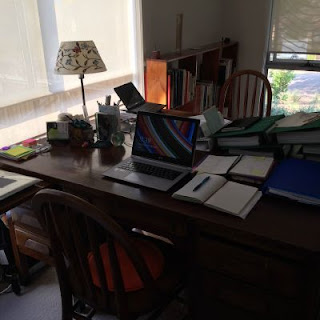 2. Cleaned off my desk to give me the space I need for the final push on another major work project, which launched online at the end of February. (Lucky for me we had an extra day this year!)

3. Looked up how to make a gin fizz after we finished re-watching The Jewel in the Crown, where they appear to be the main source of hydration for most of the characters. I haven’t made one yet, but soon! (I have, however, christened my Moscow Mule mugs, and now one lives permanently in my freezer.) 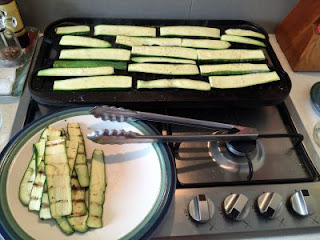 4. Made a zuzagna – a lasagna with zucchini noodles instead of pasta. It wasn’t bad, but it wasn’t stellar either – I need to fiddle with it some more before I post a recipe.

5. Giving thanks for my evaporative cooling system. Are you familiar with this method? The main benefits from my perspective are that they add some humidity to Canberra’s arid air, and that you don’t have to keep all the windows closed. In fact, you shouldn’t, so you don’t have that hermetically-sealed freezer feel that I hate about air conditioning. I’ve been especially glad to have it in the past few weeks, when Canberra temps hit a record-breaking 38C/100F at least once – the highest late-February temperature documented since record-keeping began. 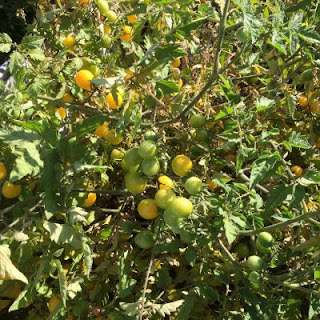 6. Trying to keep up with my tomatoes, which are attempting to branch out from the two raised beds and take over the back garden. I didn’t even plant the ones in this picture – they appeared spontaneously and are producing golden cherry tomatoes by the dozens!
7. Refreshing my memory of the Hunger Games trilogy, since Miss B held me to my promise that she could start reading them when she got into Year 6, and then promptly found all three in a used bookstore.

8. Getting familiar with Spotify. (Yes, I know I’m way behind on this.) A group of my coworkers does a challenge during Lent every year, called 40 Days of Open Listening, where each day we get a randomly selected album which we’re supposed to listen to with an open mind. I’ve been getting the emails for a couple of years, but this is the first year I’m actively participating. My latest discovery is the Triffids, who I’d never even heard of – I’ve decided they’re a cross between the Waterboys and Arcade Fire, in a good way. 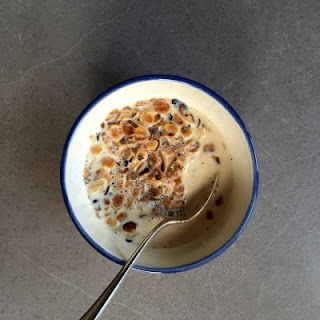 9. Making a test batch of homemade cereal: I based it on this recipe, which only has 3 ingredients - oats, oil, and sweetener. I used half canola and half olive oil, and maple syrup instead of honey, and instead of using the oven, I made it in the slow cooker so I wouldn't have to worry about burning it. It took a couple of hours on high - I just kept cooking it until it smelled toasty and delicious. It tastes so good I daydream about when I'm going to eat it again. 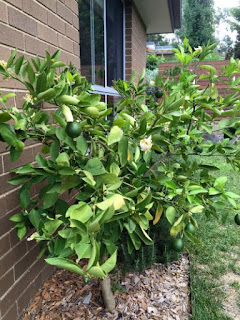 10. Admiring my backyard lemon tree, which is covered in growing lemons. (Roving Lemon has a lemon tree! How meta is that?)