Just when I was getting into a regular routine of publishing on Sundays, winter school holidays began and poof went the normal schedule! Here's what's been going on since my last post: 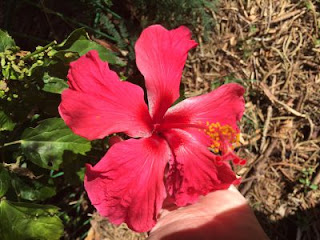 Lots of Canberrans go to the snow during July school holidays, but I find the idea of getting away from the cold much more attractive, and that's what we usually do. This year we went to New Caledonia, a Pacific island which is also a French territory. July is the "cool" season, which means temperatures are in the 20C-23C (70F-75F) range - perfect beach (and tropical flora) weather for us, although we did notice several locals wearing puffer coats. 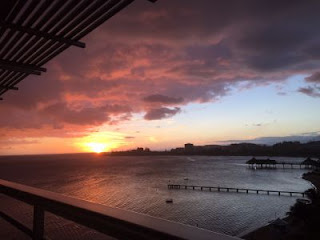 The sunset view from our balcony - a nightly highlight of our visit. 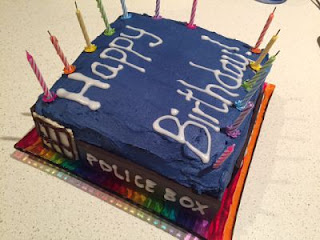 Miss B is 13! I didn't manage a birthday post this year, but we celebrated twice - once with dinner and cake for family and a few close friends (can you guess this year's obsession?)... 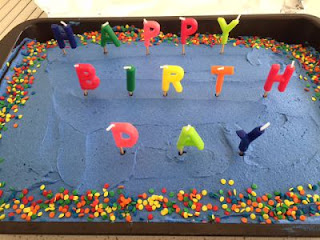 ...and again a couple of weeks later with laser tag, pizza, more cake, and friends. (13! How did that happen?) 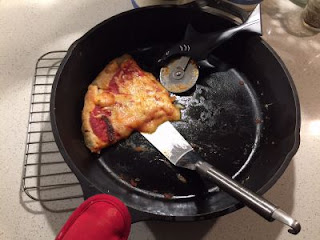 I recently tweaked my method for cooking homemade pizza after reading something online that I've now lost track of; my takeaway was to put my biggest cast-iron skillet in a very hot oven and heat it thoroughly for about 10 minutes. Then, remove the skillet carefully and throw in a pizza crust. Stick it back in the oven for about 5 minutes, remove again, and flip the crust. Spread it with sauce, top it with cheese, and put back in for another 5 minutes or more, until the cheese is browned and bubbling. This method has produced the best homemade pizza I've made yet, and I tested it on Miss B and two visiting friends who seemed to agree; of course as guests they were very polite - but they also devoured nearly two whole pizzas among three adolescents, which I took as an endorsement. 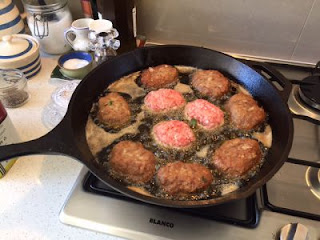 Speaking of my giant cast-iron skillet, I put it to good use again soon after, making a batch of polpette for the first time in far too long - certainly the first time since we moved here 2 years ago. They were very well received at Miss B's birthday dinner; and even though the recipe makes about 40, I'm going to have make another batch soon because we're already running low! 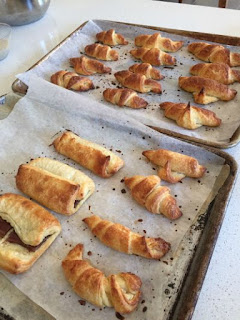 Holiday in New Caledonia meant daily access to boulangeries and croissants, and going into withdrawal when we got home compelled me to do something I've been contemplating for years - making my own. It's definitely a project for a weekend when you don't have much else on - the recipe I used has you start 36 hours before you want to eat them - but the actual hands-on work was less than 2 hours total. And it was totally worth it, for the eating and the sense of achievement. I'm already planning my next batch. 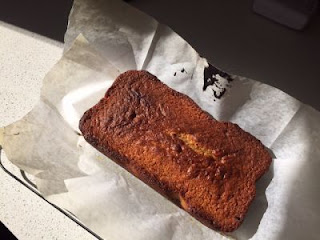 Today I baked something a little less ambitious: a variation on this cake from Melissa Clark for snacking and lunchboxes this week. It's a simple recipe, but notable because it marks my official initiation as a user (and fan) of the Eat Your Books website - which indexes thousands of cookbooks, magazines, and blogs and allows you to register and search your own collection, and dig into what you have. (Apparently I have 60,000+ recipes on my shelves.)

That's what's been happening here - although before I finish I must note that I feel lucky to have the privilege to focus on these things as a distraction from recent events in the US - and to come from a city from whose response I can take heart and courage.