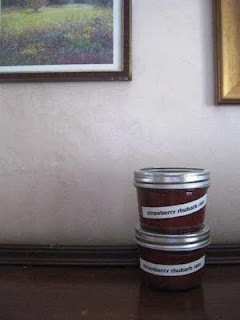 A couple of years ago I posted about my disastrous attempt to make strawberry-rhubarb jam in my slow cooker. I put the ingredients in and, after waiting around for several hours, left them to finish cooking overnight. It was soup when I went to bed and fruit leather when I woke up—and a major disappointment all around.

Well, a lot of jam water has flowed under the bridge since then, and I’ve learned a few things that I didn’t know then about jam making. And last Sunday, a little more than two years after my initial attempt, I gave strawberry-rhubarb jam another go. I got a knockout deal on strawberries (USD $0.99/lb, limit 4 lb/customer) and had the last bag of last summer’s farmer’s market chopped rhubarb in the freezer. I decided it was time to the lay the ghost. 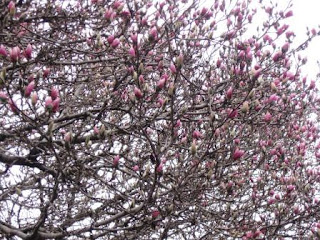 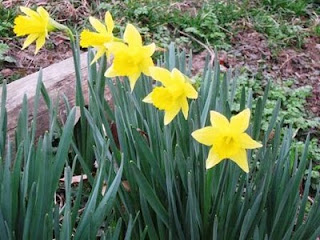 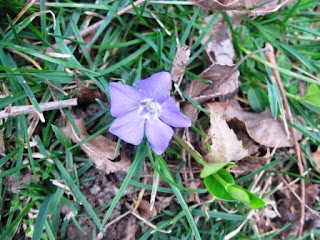 Email ThisBlogThis!Share to TwitterShare to FacebookShare to Pinterest
Labels: other details, weather, ww 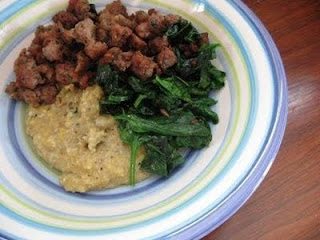 I’m not afraid to admit it: I’ve never made polenta before. I’m not afraid to admit the reason either: I was totally put off by the 30-40 minutes of continuous stirring that every recipe indicated was absolutely critical to a lump-free finished product. I like polenta, but not enough to contemplate the possibility of requiring physical therapy as the end result of a cooking project. (Should I mention the old hockey injury? Is that overkill…?)

My favorite St. Patrick's Day tradition. This one's for you, DP. 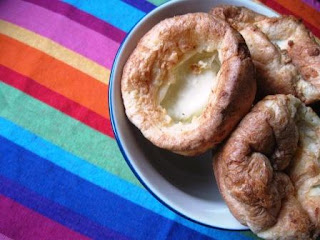 1. Yorkshire pudding and popovers are the same thing.
2. The same batter that makes either of these savory accompaniments can also be served as a sweet dish, as in a Dutch baby pancake.
3. The batter contains no leavener; it rises and gets puffy because of steam trapped inside the dough as it bakes, a method also used in choux pastry (to make profiteroles/cream puffs (sweet) or gougères (savory)).
4. It is most often served as part of a traditional English Sunday lunch, alongside roast beef, roast potatoes, and vegetables.
5. Tradition also holds that it was devised as a cheap way to fill people up so that they wouldn’t eat quite so much of the more expensive beef.
6. It is about 90% of my motivation for cooking roast beef.

One of my cooking idiosyncracies is that I absolutely loathe cutting salad. I’m not really sure why; it could just be that I’m impatient. Or it could be that people always throw salad in to recipe and menu discussions as an afterthought, as if it’s a snap—you know, all that “serve with a tossed salad”; “all you need alongside is a salad”; etc.—when cutting and making dressing for a tossed salad involving more than one ingredient can take up a pretty good-sized chunk of time. It’s not hard, but it is fiddly, and not my first choice of activity when I’m trying to get dinner on the table for the hungry hordes, or for that matter, lunch on the table for my hungry self. I don’t find “knife work” (that’s cheffyspeak for “cutting up things”) soothing at the best of times, and right before I want to eat is definitely not the best of times.