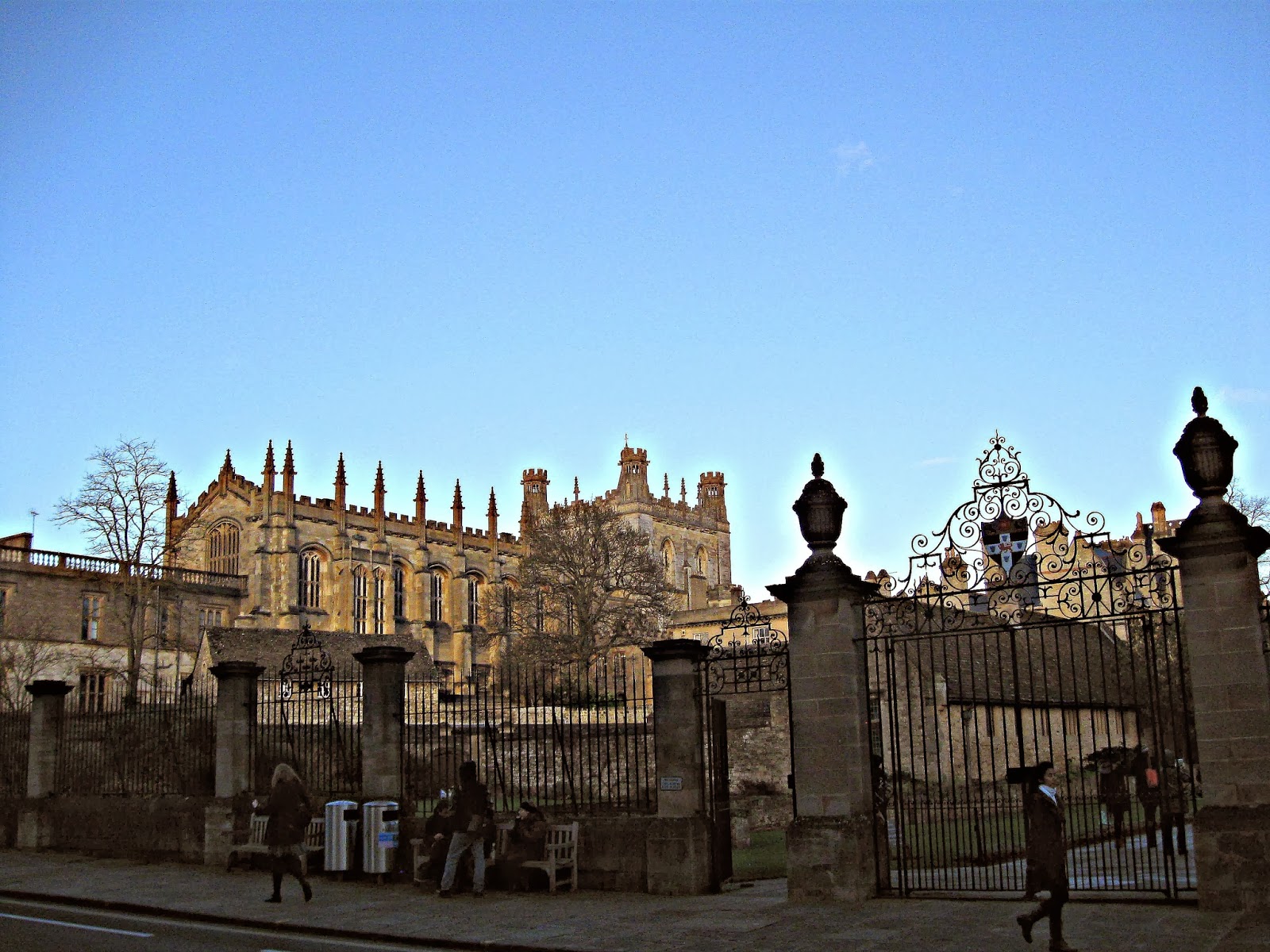 I spent the first week of February in Oxford for work meetings – two days with my newly-formed department of four, then another two with the larger team of central staff. There were about 40 of us there altogether. We did team-building stuff – Meyers-Briggs personality exercises, show and tell, a bowling excursion – and presentations about what each of our departments does. We had intensive discussions about how we’re going to implement our organization’s newly approved and very ambitious strategic plan. We had software training sessions and meetings that took advantage of the fact that people who normally work scattered across four different countries were briefly in the same building. We reveled in the weirdness of walking in early to get emails done, and finding an office full of people that we mostly see only on skype calls, and how simultaneously normal and surreal that felt.

Simultaneously normal and surreal is a good description of my whole week in Oxford. Because I lived there for so long, it still feels like home: I spent my first afternoon doing a list of errands in the city centre, visiting shops I used to be in and out of at least once a week. While I was making the rounds, I ran into local friends who were doing the same, accompanied by their grandson who I knew about but hadn’t yet met. We had an impromptu chat and then went our separate ways, so I could finish up in time to meet another group of friends for dinner – most of whom I had seen when I was here last year, but one of whom I hadn’t since I moved away six years ago. All very lovely and normal – but yet surreal, because I live halfway around the world now, and Miss B and DP were not waiting at home in our tiny old house in west Oxford, but going about their business in shorts and flip-flops in Canberra while I unpacked flannel pajamas and woolly socks at bedtime. It’s so easy to slot back in that it makes me forget time is always passing.

And on it went: my hostess, J., one of the founding members of my organization, but recently retired and on to other things; still up on all the gossip, but her primary interests are no longer the everyday dramas of our formerly shared work and colleagues. My new department – two of us who’ve worked together for years and two who’ve been in the organization less than six months – meeting in person for the first time on Monday, and separation on Friday feeling like a wrench. Our central team: longtime colleagues and recent additions; established relationships and emerging dynamics; new information and ancient history. And bookending the week, the plane trip that takes you from summer to winter, dry to wet, sunlight to darkness, and then back; between two places that are painfully full of familiar things and memories, and seem all at once close enough to touch and on different planets. And strangest of all is that it’s so easy – and yet such a massive task – to travel between the two, while life goes on in both places, regardless of where you might be.

So perhaps it’s fitting that my latest favorite restaurant in Oxford - which I’ve been to multiple times on my last two visits, and which furnished the most memorable dinner of the week - wasn’t even open when I last lived there.

I fully intended to publish this post about 2 weeks ago - I had the photos lined up and prepped and everything, so I could have it on here before I left for my trip to England (more on that later). But, once again, I ran out of time.

I'm posting it now so we can get caught up to the present and then move on to current happenings. So - notable items from the rest of January: 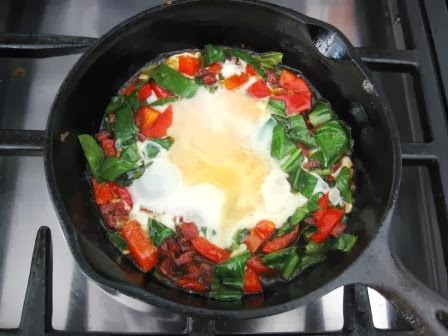 I've been eating some variation of this a lot lately: heat some oil in a skillet, saute some chopped salami and pepper, throw in some greens to wilt, then clear a space and crack in an egg or two. Serve with a piece of toast and you've got a complete meal in a very short time. Works for breakfast, lunch, or dinner. (Miss B won't touch this with a bargepole, but DP has warmed to it after seeing me eat it several times.) 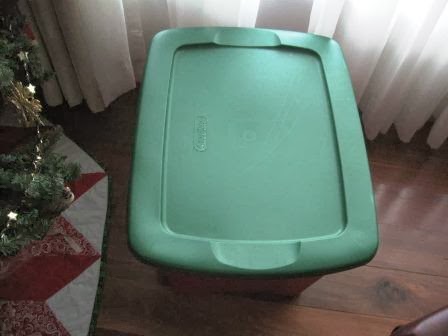 I didn't finish undecorating the Christmas tree until January 22. This is a new record in slackness. I blame going on a beach vacation in the second week of January, which never happens to me in the northern hemisphere. 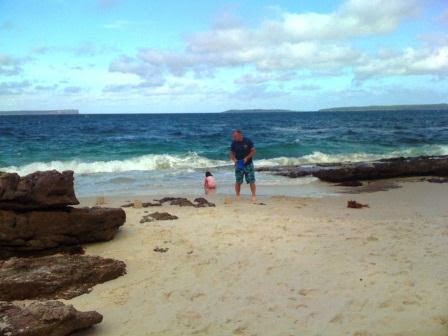 Aforementioned beach vacation: sand castle construction underway. To say nothing of the stunning natural landscape that is Jervis Bay, just doing its thing in the background. 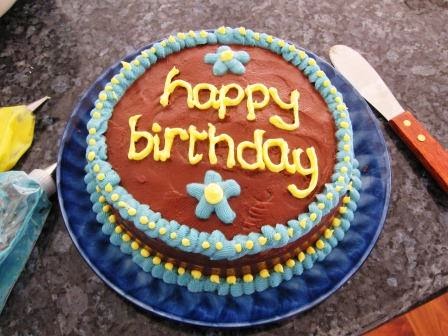 One of my goals this year is to develop my cake-decorating skills - and to allow sufficient time and opportunity to practice. Behold: my birthday gift to myself, on which I spent a happy and absorbed hour. 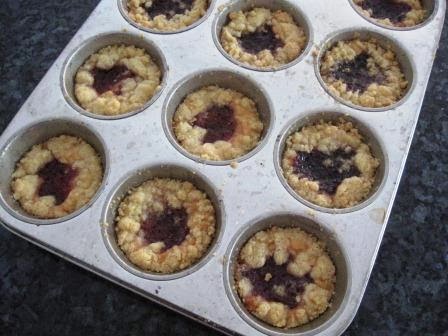 In the spirit of DIY January, I selected Dorie Greenspan's beurre and sel jammers when DP asked me to bake something as his contribution to his department's first morning tea gathering of the year. Mainly because they provided an unmissable opportunity to tackle some of the umpteen half-empty jars of homemade jam taking up space in the fridge; I emptied about four jars into the two dozen cookies this recipe makes. Favorable reports back from the crew at work. 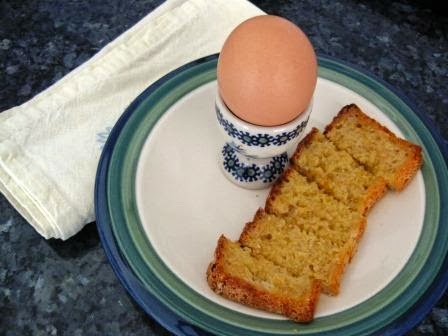 And finally, a reminder to myself (and anyone else who might need it) about the greatness of simple but delicious things: a soft-boiled egg for breakfast, eaten with strips of buttered, toasted bread (known as "soldiers" in England). Almost as enjoyable as the eating part was using one of the beautiful egg cups I bought at a Christmas market in Birmingham years ago, and thinking of the friends who took us there and the lovely day we had. There is always so much more to food than just the ingestion, or even the preparation, of it.

That's all for January. Stay tuned for reports from the latest jaunt to England.